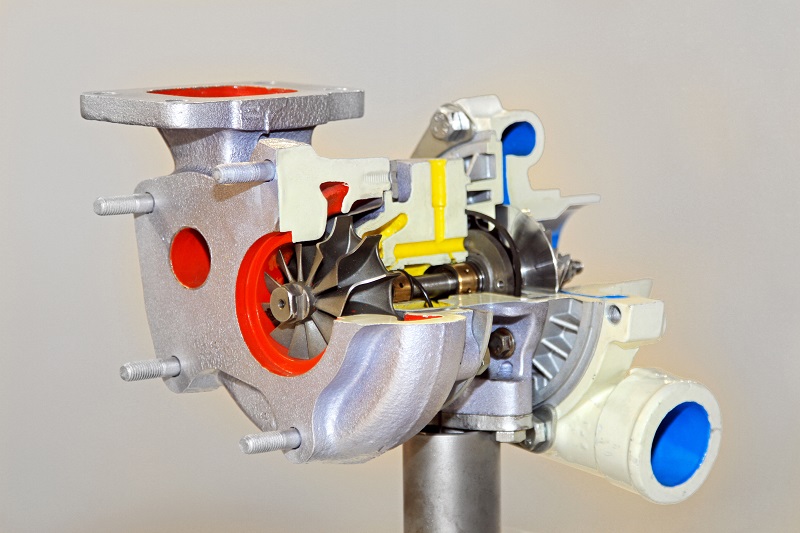 We are aware that turbo used in vehicles tend to reduce the consumption of fuel. Saving is taken into consideration as one of the essential factors for opting for turbo. Thermal and frictional losses also come down to a large extent due to the volumetric displacement of this turbo engine being low. VNT’s or the variable nozzle turbines, also called the VGT’s (variable-geometry turbochargers) are designed in a specific manner allowing the A: R (Aspect Ratio) which tends to alter with the changing conditions.

In these turbo, the exhaust flow which is through the turbine wheel tends to be controlled by multiple vanes in a row that move in accordance to the requirements of the engine boost. The variable nozzle vanes of the turbine close at engine speed which is low. This restricts the flow of air through the specific turbine. The pressure is boosted and the power of the turbine increases due to this. With the speed of the engine being on the higher side, the vanes tend to open maximizing the flow of exhaust. The over-speed of the turbo is eliminated and the engine pressure is maintained.

How to Choose the Right Turbo

Before deciding on any turbo, it is essential to know the horsepower range you intend targeting. You need to decide on what the vehicle is used for. You also need to consider the amount of traction which can be mustered up. Find out whether the driveline and the engine are able to handle the same.

Compressor and Housings of the turbine

You need to make sure of opting for the above according to the air pumped into the cylinders. The temperatures need to be raised to a specific level. Referring to the maps of a compressor can give you a fair idea of the efficiency of a turbine, potential of boost, surge limit, and the speed of shaft. You need to also consider the compressor surge, pressure ratios, A/R ratios and trims.

Some Benefits offered by the VNT Turbo

Opting for the VNT turbo you can look forward to the engine efficiency. The pressure of the intake tends to increase to a large extent getting more fuel in the cylinder. This occurs every time the intake valve opens. No engine can offer the volumetric efficiency, even to one, without the induction, which is forced due to the loss of friction. With every cycle the engine burns more fuel and air, leading to an increase in the efficiency. The pressure which is generated can overcome any defects like the roughness of the surface or even tight corners.

Opting for the VGT or the VNT production of different pressure ratios at one engine speed is possible. This is due to the vanes which are variable changing the effective area and the A/R. The manipulations of these vanes can create a pressure which is boosted, at any speed.

The VNT can produce the required boost at speeds, which are on the lower side due to the fact that there are no restrictions. As the required speed of the engine is low, there is no lag time involved. The vanes can be adjusted increasing the pressure of the exhaust during the changing of the gear. This energy which is stored in the pressure form is used for the driving of the turbo to a level of higher boost faster.

Take some time and go through the different websites which offer you different turbo. Ensure that these can meet your requirements to the tee. This ensures you are saved from any uncalled-for problems in the future.